In our modern work place, we are bound to meet all types of people. In order to work well with them, we must know how to deal with them. If you are a departmental leader or a manager, knowing how to deal with all types of employees and tapping the potentials in them is the key to having harmony of work in the work place. There is a category of people whom I call “Difficult people”. These people are complicated and at times frustrating and dealing with them poses a challenge not only to the management but to other colleagues in the work place.
Let us analyze the seven types of the most difficult people who you are bound to encounter in the work place. 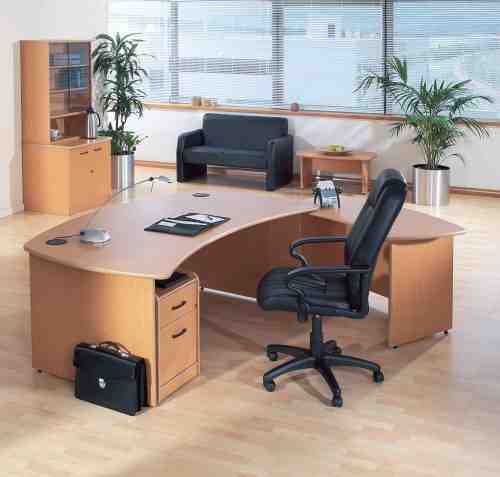 Hostile, aggressive, belligerent and Offensive
A Certain Management Guru, Bramson, categorized them into three types namely:
The Sherman Tank
The sniper
The Exploder

The Sherman Tank
These people are often abusive, abrupt, intimidating and overwhelming. They attack individual behaviors and personal characteristics. They bombard you with unrelenting criticisms and arguments. They usually achieve their short-term objectives, but at the cost of long-term erosion of relationships and lost friendships.
They have a strong need to prove to themselves and to the world that their view of the world is right. They think they can tell everyone how they should act and are not afraid to show them how they should act in total regard of other people feelings.
They also often value aggressiveness and confidence. This makes them devalue others who are not having those qualities. The basic core belief of a Sherman Tank is, ‘If I can make you out to be weak, faltering, or equivocal, then I will seem, to myself and others, strong and sure.’

The Sniper
They prefer a more covered approach. They put up a front of friendliness behind which they attack with pot shots, use innuendoes, non-playful teasing and not so subtle digs. Snipers use social constraints to create a protected place from which to strike out at objects of anger or envy. They pair their verbal missiles with non-verbal signals of playfulness and friendship. This creates a situation where any retaliation back at the Sniper can be seen as an aggressive act, like you are doing the attacking not the defending. Much like the Sherman Tank, Snipers believe that making others look bad makes them look good. They also have a strong sense of what others should be doing, but their constant cutting remarks usually de-motivate colleagues rather than producing results.

The Exploder
Exploders are characterized by fits of rage fuelling attacks which seem barely under control. Bramson says:
These tantrums can erupt out of conversations and discussions that seem to start friendly. Usually these tantrums occur when the Exploder feels physically or psychologically threatened. In most cases an Exploder’s response to a threatening remark is first anger followed by either blaming or suspicion.

Complainers, grouches and the sourpuss
Complainers moan like hell about everything but never seem to take any action to change anything. It is almost as if they like having something to moan about. Complainers are not the individuals who have legitimate complaints and a desire to find a solution to the problem. The complainer is someone who finds fault in everything. Sometimes they do have a real complaint, but rarely do they want to find a way to fix the problem. Here’s what the guru ramson said about them:
The constant complaints can cause people around the complainer to feel defensive. Complainers view themselves as powerless, prescriptive, and perfect. These beliefs cause complainers to convert useful problem solving into complaining. Their feeling of powerlessness causes them to think that they cannot change things so they had better complain to people who can. Their prescriptive attitude gives them a strong sense for how things ought to be and any deviation from that produces complaints. Complaints are a way for the complainer to confirm that they are not in control or responsible for things that are done wrong, reaffirming perfectionism. Complainers are also good in eluding responsibilities.

The silent unresponsive and the quiet ones
A silent, unresponsive person deals with any disagreeable situation by shutting down. Ask them what they think and you’ll be rewarded with a grunt! (Bit like a teenage son!) Let’s turn to the work of another management psychologist and organization dynamics guru. Lewis-Ford wrote in 1993.
The unresponsive use silence as their defensive weapon, to avoid revealing themselves, so they can avoid reprimand. (Just like a teenage son!) On the other hand it can be used as an aggressive, offensive device as a way to hurt you by denying access. An unresponsive person in some cases might be distrusting of others, which explains their need to clam up. Sometimes, keeping the silence is used as a way to avoid one’s own reality. When words are spoken, they reveal thoughts or fears of the thinker, which can be frightening. It can be used to mask fear, sullen anger, or it can be a spiteful refusal to co-operate. This type of person can be maddeningly difficult to deal with because of the communication barrier they put up. (Very like a teenage son!). In most cases, this person will not be very willing to converse openly. When they speak, there might be prolonged periods of silence due to a lack of confidence in themselves and their lives. This can result in a breakdown of communication, which leads to an unproductive interaction. Those who portray this type of behavior usually display such body language as staring, glaring, frowning, or folded arms in an uncomfortable position.

The super agreeable: a bit like a spaniel puppy
They are always reasonable, sincere, and supportive to your face but do not always deliver as promised - with apologies to spaniel owners everywhere. They wish to be friend with everyone and wish to be accepted by anyone.
However, the darker side is they tend to lead you with deceptive hints and references to problem that have been raised, and will willingly agree to your plans of accomplishing the task at hand, only to let you down by not delivering.
Their method of gaining acceptance is to tell you things that are satisfying to hear. They also use humor as a way to ease their conversations with others. These people would wish not to disappoint anyone but the reality is, they disappoint many people due to their character.

The negativist
These people are ever disagreeing. They exert a very corrosive influence on groups and they can be very de-motivating to an individual.
They are always the first to criticize the progress of a group and while their criticism may be seen as genuine, it in the long run disrupt the progress of tasks in the work place, and could also negatively impact interpersonal relationships within a working situation.
These types of difficult people have a problem of normally dealing with deep seated inner conflict. The negativist is unable to work through basic human disappointment. These types of people believe that almost everything is bound to fail and their influence is just as bad.

The Know All
Know-alls have an overwhelming need to be recognized for their intellectual ability. They are bores, dull and very tedious! Know-alls can provoke feelings of anger, resentment, sometimes even violence in others. Know all could be suffering from lack of self importance. They are very complex people, extremely difficult to deal with and can as well be bullies. They ever think they are right and it is pointless arguing with them.
They also can be very persuasive and like to communicate as if talking to a child and this is very annoying.

The second know-all type dominates conversations and likes being the centre of attention. The problem is if they read press cuttings on a subject, they are an expert. Some know-alls are not above making up for any information or knowledge deficit by inventing a few facts. Know alls are difficult to entrust them to technical tasks since if they happen to lack the skills, whatever they are doing they have an attitude they know what they are doing and this could lead to substandard products or services. These types of people NEVER consult.
Know-alls’ problems stem from a need for others to think of them as being important and respected.(Those who wish to think without them the task cannot be accomplished). Usually people who are confronted with a situation involving a Know - all are faced with a frustration. This usually leads to tension in work relationships.

The indecisive, the ditherer, the hesitant
Inside the indecisive is a perfectionist trying to get out. They just can’t seem to manage it. According to Bramson, this type of personality usually comes in two types. One wants things done their way or no way; the second is someone who, at times, intentionally drags out discussions by injecting different viewpoints, frustrating everyone in the process.

The indecisive person may be one who usually is not good at communicating their own thoughts, needs, and opinions to those around them. At best these people stall because they are unable to cope with stress at a high and low level. In order to deal with the stress they procrastinate, which brings down co-workers and other people around them. At best they stall by not considering alternative ways of getting a job done. So those on the receiving end of the indecision lose enthusiasm and commitment to the project or person which eventually brings down the team.
Despite their success in evading the decision, the typical indecisive gets stressed over a various amount of tension. This doesn’t mean that they don’t communicate a decision or feeling through indirect communications. In fact, they are masters in body language, low moans or grunts, or even eye contact. If the indecisive chooses to verbally make contact with other people it comes out in short phrases or sentences. Many times, these pieces of information get either ignored or shoved aside by co-workers who are already frustrated by the lack of communication they have received from that person. They are also sensitive and might withhold information because they are worried about how it will be perceived by a group or person they are communicating it to. If the information is not sensitive they feel that their opinions don’t matter and that someone else will deal with a conflict or problem that they are worried about.