I had always admired Ken, our resident Shamba boy. The man had a way better physique compared to that of my husband who was plump, with a huge pot belly and layers of fat hanging from his body while weighing almost 100 kg. it was always tiresome having sex with him. But Ken was muscular due to working hard in our farm, he would easily lift a 90 kg sack of cow feed and carry it to the store with much ease. He always wore a vest when working which made his bulging muscles even more pronounced as he walked around. Though not being the dark type as he was a little light skinned, he had a great complexion. The problem with Ken is he was uneducated and would barely speak English.


But whenever I saw him working in our shamba at our rural home, my heart would skip a bit wondering how it would feel to be in his powerful arms in an embrace or doing even some more erotic acts. This always made me feel guilty as I had never cheated on my husband since I got married to him for almost 10 years. But my husband had put on so much weight since we got married such that it got to a point I no longer fancied his physique. Trying to tell him to cut some weight was always frowned upon as he would keep telling me that the pride of an African man is his pot belly that showcased his hard work and how he eats properly, arguing that men who are settled and happy always end up with a pot belly and that having a pot belly is a sign of achievement and respect amongst men. But this ended up taking toll on our sex life as I even stopped admiring him. I dreaded seeing him naked. 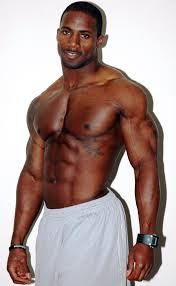 
As narrated by Anthony Kerry.

Did you find this article helpful? Then click the share button for your friends to read too. Thanks.
Posted by Kiasman at Sunday, March 18, 2018