THE FOLLY OF MODERN CHRISTIANITY


My people are destroyed from lack of knowledge. “Because you have rejected knowledge, I also reject you as my priests; because you have ignored the law of your God, I also will ignore your children.” This was God speaking to the people of Israel through Hosea. But were I in a position to communicate with the modern Christians, I would say the same or even worse, since modern Christianity is full of folly and confusion reigns in all its ranks even someone who does not know much about Christianity would easily conclude that something is seriously wrong with this religion and there is a need for serious reforms if the so called Christians are to continue being true Christians.

Let us consider some of the reasons why I feel that Christianity as a religion has gone astray and majority who think they are Christians are doomed and living an extremely deluded life.

(ONE) GOSPEL OF PROSPERITY
I have been wondering what on earth is wrong with people. Are people no longer thinking? The modern clergy men have perfected the art of milking Shillings and senses from us yet we continue being so loyal to them! Senses in the sense that, they seem to even take common sense from people. Every time you listen to their sermons they are calling upon their faithful followers to offer as much as possible in order to get maximum blessings.
They always have sweet charming sermons of how you will be blessed to be rich and prosperous by giving them everything that you have (This is ridiculous if not the height of folly!). Worse, some preachers specify the amount of offering they want. They will use any trick to get money from people e.g. sweet good-for-nothing prophecies, fake miracles, fake sweetened testimonies with sweetened scripture quotes, wonderful tales of fortune and deliverance, promises of heaven upon giving your offering to God etc. The gospel musicians cum preachers have made it worse as they only promote their products and services mostly for financial gain and NOT for benefiting their audience spiritually. The problem with people is they do not read their bibles well to know the truth of whatever they are being told. Woe unto them!

(TWO) GAME OF PSYCHOLOGY
Deluding their followers through tricks has become their master plan games, the greatest success of all times to get people following them wherever they go. They have some people, whom they employ for the purpose of giving out false wonderful testimonies of fortune and prosperity, feigning instant miracles, making bounty offerings in order to induce others to offer the same way among others. These preachers have perfected the trends in the modern society and can easily predict an event with a high degree of accuracy then later claim it was a prophecy they foresaw.
Another thing they have perfected is the art of human behavior under different circumstances and conditions and can arrive into a good conclusion of what is going on in your life in relation to the current socio-economic trends. They will easily pick a random phrase like, “Among you there is someone who has been having serious marital problems and you are contemplating a divorce….”, “Among you there is someone who has been tarmac-king looking for a job for the last 1 year without success…” etc and it is true! But consider this, what is the probability that among a crowd of 1000 people and above there is someone who: Broke with his girlfriend last month, got fired last year, got mugged within this year, lost a relative in a car accident etc People need to wake up!

(THREE) TRADITIONS FROM RELIGIOUS LEADERS
Many people follow blindly whatever they are told by their religious leaders without questioning the authenticity of whatever they are following simply because, “Our pastor told us!” Give me a break! How many people have done horrible acts simply because they were obeying their religious leaders? Some stories even make it to the regional headlines where we see people burning themselves, having sex with their “prophets” to solve fertility problems, selling all their property and giving the money to the religious leader, getting enslaved by their pastors, etc
As a matter of fact many established religious holidays do not have an origin from the bible but were simply decided by the then religious leaders and handed to us like a perpetual tradition, the most popular being the Christmas Day. Why don’t people simply open their bibles and read for themselves and see that they are being led astray in broad day light?

(FOUR) AUTHOR OF CONFUSION
The element of confusion is all over Christendom.  With myriad denominations and all claiming to be right yet they shun unity of beliefs makes one wonder what went wrong and where, and when. So if we worship one God then why don’t we share beliefs, why don’t we go to one church, why don’t we all worship the same day, why don’t we all share same theological schools? Even someone out of this world can easily see that as Christians we are totally confused and lack a sense of direction. Why does it seem like we all interpret the Bible differently, worse why is the book in so many versions? Who authored all this confusion? No wonder skeptics easily attack Christianity and seem to win!

(FIVE) HYPOCRISY IS RIFE
This vice is rife in all churches. Many people preach water while drinking wine. Taking a closer look at most professed Christians you will discover that they only know how to quote the bible but do not care to live by whatever they keep on quoting. Worse, some people even use the very bible to justify their evil cause. Sexual immoralities, misappropriation of funds, falsification of scriptures are among the most popular hypocritical vices in the churches. This vice has spared virtually very few faithful people in the church while the rest majorities are merely hypocrites. [Related Article in this Blog is Modern Pharisees and Sadducees]

(SIX) HOME OF SCANDALS
Monetary scandals, leadership scandals, sex scandals etc are the order of the day. Churches are always in the headlines for having people fighting on Sunday due to church leadership issues and embezzlement of funds. Catholic has been in the spotlight often with sex scandals. The Church of England has hit international news headlines more than once with its endorsement of gay clergies. Some religious leaders have been reported to having extra-marital affairs with their followers’ wives. Cases of children getting molested by the ones who are supposed to protect them are rife. 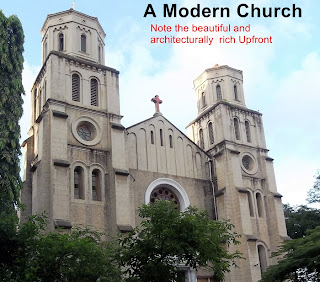 With scandals, no church is left out; the popularity of the church determines the magnitude of the effect of the scandal to the society.

(SEVEN) MISINTERPRETATION OF SCRIPTURES
This is the worst thing to ever happen in the entire history of Christendom.  The simple writings in the bible are construed and bent to suit the desires of the interpreter. Worse, the religious leaders have been known to get things the wrong way deliberately in order to maintain popularity and continue getting rich! Many have quoted the bible with texts that do not confirm to the relevance of the context related to the event mentioned in the bible and in total disregard of symbolism, metaphors, poetry, similitude and similes, parables, allegories etc as they appear in the bible. Worse, some people take the symbolic interpretations in literal sense and gets everything wrong, worse going ahead to making people believe their own version of the gospel! The Books of Daniel and Revelation have suffered misinterpretation the most in the whole bible. Moreover, the greatest atrocities in human history are due to this folly, misrepresentation of scriptures.

History has it that there was an era known as Dark Ages, when the then whole civilized world was under the rule of some religious leaders who had assumed the responsibility of interpreting the bible for the people for the entire society. During that time, the world made very little progress scientifically, economically, socially and other aspects of life. The modern world is repeating the same mistake; it does not bother learning from history. So many people in our modern society are not making any progress socially, scientifically, economically, intellectually, etc since their minds are totally enslaved by their religious leaders beyond human deliverance. The greatest beneficiaries are the religious leaders.

Christendom as a whole needs thorough reforms in all its ranks. The greatest folly in our modern Christendom is lack of knowledge as it is plainly written in the bible. Am calling upon everyone who profess Christianity to take his/her own time and read the book called, “The Holy Bible”. Get to discover the treasures of knowledge hidden in its writings and stop making a fool of you.
Proverbs 13:16 “Every prudent man acts out of knowledge, but a fool exposes his folly.”