The MODERN Breed of Women: Be informed.


At times, expressing my own opinion goes a long way to talking about a few things that I have experienced, come across, observed and learned all the same. I have to admit that I love the modern woman with all her independence, thrill for life, learned, cozy, and a bit masculine than most men around. Women empowerment is at the front line for empowering African in general and Kenya in particular. Women make up most of the population that is living below poverty level, and in most places women are still marginalized and viewed of lesser importance than men. Some people even don’t bother educating women: this is wrong and availability of education and other social amenities should be equally distributed amongst all members of the society.

However, the modern breed of women has a lot to be desired both positive and negative. There are those women who knows how to use their womanhood to sail to the top of the world of power, success and prosperity while there are those who use their modernity negatively and they end up living in misery, doom, and failure in all social aspects of life. In this article, I am going to tackle the positive traits and characteristics of the modern woman that I really desire and the negative traits and characteristics that I hate. 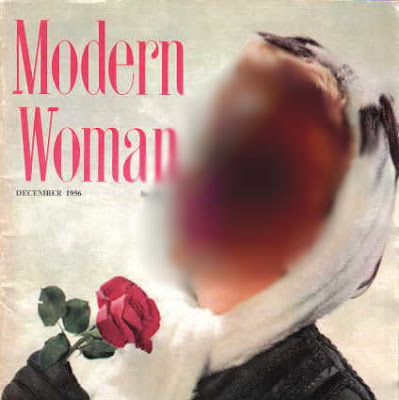 
The modern woman exhibits freedom from control and demands the same from the society. Courtesy of efforts to empower women, they are no longer dependent of anyone in the society like the past. Women are now employed, driving their own cars, owning properties, and as a matter of fact, modern women are the ones choosing the “best” mates breed with!


Modern women are very hard working and it is not a secret that were it not for the efforts of women in our society many homes would be broken. Women have become the sole pillar of many homes, thus pillars of the society. Many men waste their money drinking, chasing after women, etc while the women are the ones taking care of the kids they sired with the man. So how can we deny the fact that women are so important in our society?


Modern woman knows her position in the society and will do anything to affirm it. There are women who are at the top of corporate ladder sitting as CEOs and decision makers of the organizations. Modern woman knows how to drive a point home with the desired impact it deserves. Modern woman also does not shy away from interviews, debates, politics, and power games like martial arts among others. Isn’t that confidence?


Gone are the eras when women used to stay at home doing house hold chores, they are now able to go out and meet friends of all caliber and gender, socialize and make more friends. You will meet them in clubs, social gatherings, etc and they are always open enough to mingle with anyone. They posses articulacy in their talks that can make a shy man to shrink and think, “What can I say in in front of this woman?”


I think the modern breed of women is uncontrollable not only by their husbands but anyone. They take this issue of independence overboard. You can never claim to be in control of a woman if, she chooses the time to go out or to stay indoors, chooses who to meet or not, chooses when to be with you and when to be alone, even chooses whether to drink alcohol or not! Women nowadays are not new to clubs; you will often find herds of women chatting their Friday evening away and each holding a bottle of beer.  I got this update on Face book, “Women of the past used to be humble like their mothers, but modern women are now drunkards like their fathers!” Isn’t that trend worrying?


Modern women due to their confidence, independence and sociability have mastered the art of milking men out of their cash, gain favors in many places, sail the social life while remaining on top etc through flirting and other salacious acts without necessarily engaging in sex, though others go to an extent of it. The modern women do not even spare one of their own when it comes to competition for resources like men, money, power etc and have mastered the art of social elimination in order to succeed.


This is too harsh! But truth is, many women are morally wrecked and beyond repair. In their desire for prosperity, power, and social honor, they went sleeping with any available “rich” man and they realize when it’s too late that they have damaged themselves with their lifestyle. College binges are always hitting the news. Serial dating, multiple sexual partners “Friends with benefits”, partner swapping is normal nowadays. Am left wondering where did dignity of a woman go?


Modern woman is too proud to humble herself even to her husband. They know that they have equal or better opportunities in terms of wealth, money etc and will not go any lower to be humble to anyone. It is often quoted women saying, “What a man can do, a woman can do better”. Competition is good and it brings social growth but lowering a whole gender in order to appear more competitive is not the right way to do it.


It is common to hear women saying, “Men are Dogs.” But truth is, it takes an availability of a Bitch to have a Dog chasing it.  So before we label men as dogs, let us work toward eradicating the dog traits in both men and women and am sure the world will stand a better chance of benefiting from the modern breed of women.

What more can you talk about modern women, both positive and negative? In the next article it will be about men.